With this project we aim to initiate and develop a sustainable and cost effective method for the removal of heavy metals and other toxic chemicals from the nature, particularly from contaminated water and cultivated lands.

These toxic substances are usually originating from anthropogenic sources such as industrial wastes, mining and agricultural activities. This goal can be achieved by using microorganisms for bioremediation. These microorganisms are developed through directed evolution. Bioremediation is the utilization of biological processes for detoxification of various environmental resources. Directed evolution is the gradual selection of individual organisms to further proliferate, and thus evolve to cope with particular environmental stresses.

Protect people in the immediate future

Discoveries made in this project, aiding in environmental sustainability are highly applicable globally to many polluted areas, especially in rapidly industrializing and yet socioeconomically as well as infrastructurally poor areas. The project aims to protect hundreds of millions of people in the immediate future from lethal diseases (cancer, vascular and neurological disorders, ulcers, etc). It is also likely to inspire interest in other similar bioremediation projects that collectively stand to protect millions of people from severe diseases caused by pollution. The strategy of our working proposal has been described below in Figure 2. 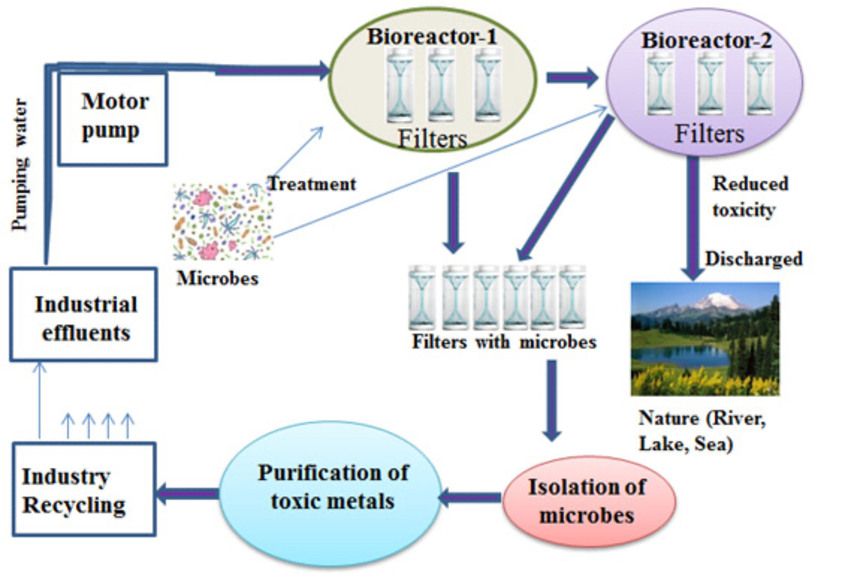 Figure 2. A schematic diagram of the microbial bioremediation of toxic metals (arsenic, chromium, nickel, lead, cadmium) disposed as either effluents or solid wastes from the industries. Effluents from the industries discharged to the drainage or sewage will be pumped up and collected in containers (bioreactors). Alternatively, effluents will be disposed directly to the bioreactors. Previously investigated and selected bacterial strain/s will be applied to the bioreactor 1 for treatment of the effluents. Bacteria will absorb and accumulate metals (arsenic, chromium, nickel, lead, cadmium) thus reducing the chromium content in the effluents. Special filters/membranes will be installed in the bioreactor 1 to capture the bacteria after the treatment period is over. Effluent samples from the bioreactors will be analyzed continuously for monitoring the level of toxicity. This treatment can be repeated several times by using bioreactors 2, 3 etc until the metals are eliminated or its content is reduced to a "safe" level. Bacterial cells captured in the filters/membranes will be then used as a source for isolation and purification of metals that can be reused by the companies, such as tannery, nanotech or biotech industries, fertilizer factories etc. 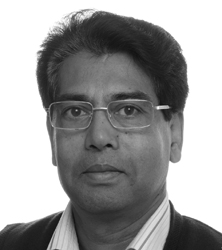