Findings from a study concerning IT-standards and lock-in, which has been commissioned by the Swedish Competition Authority and undertaken by researchers at the University of Skövde, were discussed with the Swedish minister who is responsible for public procurement during a seminar organised in Skövde on 3 October 2016.

Following a presentation by the minister (see photo below), the researchers: Björn Lundell, Jonas Gamalielsson, and Stefan Tengblad engaged in discussions concerning challenges and results identified in the study. For further details and reference to the study, see:
http://www.konkurrensverket.se/nyheter/problem-med-slutna-standarder-vid-it-upphandlingar/ 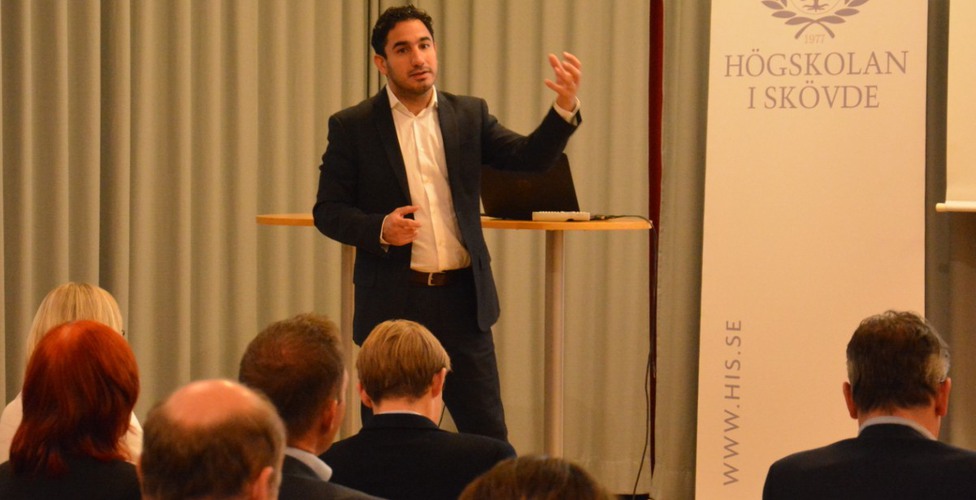 The Swedish minister, Ardalan Shekarabi, during his presentation. 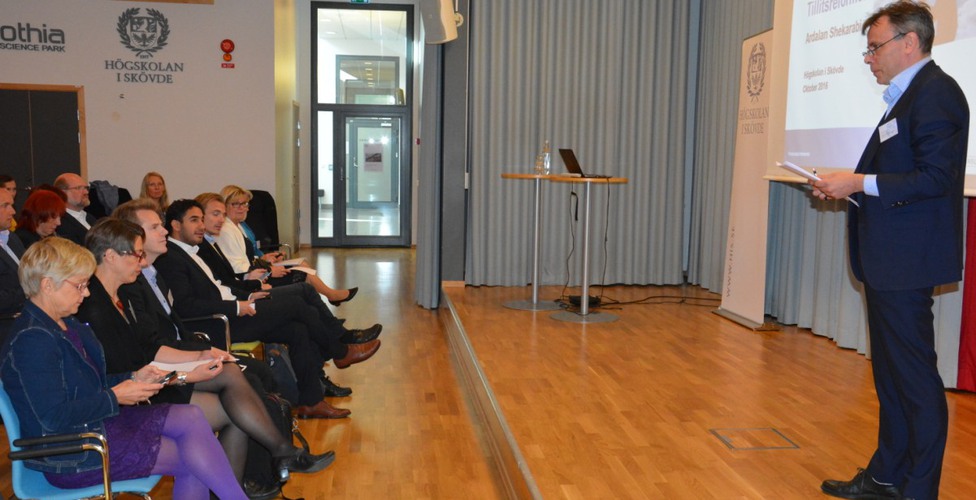 LIM-IT researcher Stefan Tenglad is opening a seminar with Ardalan Shekarabi, organised at the University of Skövde on 3 October 2016.