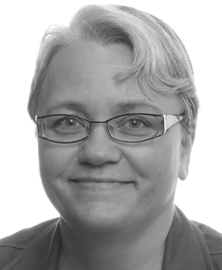 More information and CFP is found at https://testedworkshop.github.io/

Employed at the University of Skövde since 2000. Got the students award for the best teacher at the school of Humanities and Informatics, Guldäpplet 2012. Currently teaching Software testing, Concurrent programming, Distributed systems, Scientific workshop and Software engineering experimentation, as well as being examiner and supervisor of final year projects at BSc and MSc level.

A fuzzy logic approach to influence maximization in social networks

Message from the TestEd 2020 Chairs

On strong mutation and the theory of subsuming logic‐based mutants

SAC '17 Proceedings of the Symposium on Applied Computing

UML Associations: Reducing the gap in test coverage between model and code

On Strong Mutation and Subsuming Mutants

On redundant mutants and strong mutation

Proceedings of the Workshop on Model-Driven Engineering, Verification and Validation, MoDeVVa 2012

Proceedings of the First International Conference on Software Testing, Verification and Validation: ICST 2008

An Evaluation of Combination Strategies for Test Case Selection

Using an Existing Suite of Test Objects: Experience from a Testing Experiment

An Evaluation of Combination Strategies for Test Case Selection