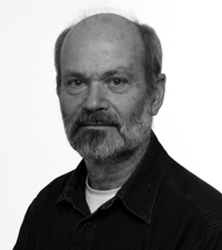 Berg has devoted most of his professional time both as teacher and researcher to the social psychology of children, identity, socialization and play theory, childhood, father and child in divorce and the relation between children and fathers in tight family relations. Concerning research Berg has been involved in projects concerning the Swedish Open Preschool (funded by the Govermental Department of Internal Social Affairs), the social psychology of play and toys (funded by internal University research board at University of Göteborg), theoretically and empirically. He conducted a project (funded by VR, formerly HSFR) a project on Divorced fathers and their children (together with Thomas Johansson, professor in social psychology) and a project on fathers with dense contact and time devotion to their infants during their first years, (funded by VR, and worked together with Anders Chronholm as the latter´s doctoral thesis; which Berg tutored. He also worked as a researcher and research leader at the Centre for the Study of Toys and Educational Media at KTH in Stockholm (earlier situated at the University of Halmstad).

Bergs special and most continual interest on the theoretical level, in both teaching and research has been the development and testing of symbolic interactionist theory. This is reflected in most of his published texts.
During the time in Skövde (whole time activity since about 2000) Beg has devoted himself firstly to teaching, but more and more to tasks of developing research on social problematic aspects like elderly in institutions. He is an active member of research groups in this area, both in Skövde and in cooperation with Universities of Jönköping and Halmstad. He also takes initiatives in developing a new Research Centre for Health and Wellbeing. At the moment (aug. 2009) Berg is the head of research applications in this field (e.g. at the KKS fund, but also in Skövde Commune and is a member of working group on elderly problems in cooperation with Jönköping and Halmstad). In this, Berg also works for joining different academic subjects, which is necessary in a small university, to combine small personal resources from different disciplines.

Besides the more comprehensive engagements just mentioned, Berg develops a theoretical framework in order to help understanding of (young) peoples engagements in computer gaming, a subject well suited as a application of Bergs theories of identity and socialization.

Berg has frequently been engaged as faculty opponent and a member of dissertation committees, both during his time in Göteborg and in Skövde. He has also frequently taken part of  “the third task”, presenting his subject, perspective and research results for a wider lay audience.

During the years since about 2005 Berg has been engaged in planning and administrative tasks in the University of Skövde as a whole. As such he was appointed the first chairman of the Lärarutbildningsnämnden (board of educational science teaching) at the university from 2005 – 2007. Since then, until June 2009, he continued as ordinary member of the board. During this time he also engaged himself as editor for the Report series that the board has taken as its task to start, as well as being member of the Quality Council of the University. Aug 2009 a book is edited with four different contributions. One reason that Berg withdraw from the chairman position was that he was appointed as Ämnesföreträdare (discipline director) in his main subject Social Psychology at his own department; the two administrative tasks became too heavy; Berg found it reasonable to concentrate on his own discipline.

Bergs plans for the future, beside completing those activities mentioned above, are to find time for further theoretical work within Symbolic Interactionism, a part of his work that has never dropped its grip on him, but on the contrary develops further.

Photons of the human mind: the fiction of personal identity

The social responsiveness of lunch beat

International Journal of Qualitative Studies on Health and Well-being

Photones of the human psyche: the fiction of personal identity

George Herbert Mead as a Founder of Discourse Analysis

Aspects of Identification in Computer Gaming

Interaction on the edge: proceedings from the 5th GRASP conference, Linköping university, May 2006