Production of the next generation powertrains

Production of the next generation powertrains

Production of the next generation powertrains in Sweden

The goal of the project is to create the required conditions for continuous innovation and developments connected to electric powertrains and efficient value chains to facilitate the production of the new generation of electric powertrains to take place in Sweden, and not through, e.g., outsourcing. The project is up and running, and the steering committee meets once a month.

Road transport has significant environmental impacts through emissions of acidifying gases, ozone precursors and many other pollutants which also cause negative effects to human health. Its large emission of carbon dioxide is also the largest contributor to the greenhouse effect. The requirements for the control of emissions from vehicles with internal combustion engines will only be intensified within the coming few years.

The trend is the increasing adoption of various forms of electrically propelled vehicles, initially with an increased proportion of hybridization and eventually an accelerating domination of electric cars. In several parts of the world, especially in China, there are many forms of incentive for the establishment of production of electric vehicles to take place domestically. It is highly predictable that we are approaching a technological shift/disruption that is switching internal combustion engines to electric powertrains. This will demand Swedish automotive industry to put into major efforts to make themselves ready to switch production to other products than those which are being produced today.

The automotive industry is currently experiencing the beginning of a potential disruption with a technology shift towards electric drivelines. One of the main challenges in order to remain competitive in the current rapid change of technology is to cost-efficiently re-configure existing production to manufacture the new propulsion systems. To remain competitive with an increasing variant flora it is essential to quickly and cost-effectively re-configure existing production continuously over time. In the project, the requirements related to this change have been mapped and actions to meet these have been identified, in order to ensure long-term efficient and sustainable production of electric drivelines in Sweden. The solution identified includes an innovative production concept where industry can quickly and cost-effectively change production as new technologies and new products are introduced. As an important part of the work, gender equality has been taken into consideration, both in the project group itself and in the solutions and needs identified as a result of the project.

The project has identified a proposal for a solution consisting mainly of (1) rapid development methodology, (2) reconfigurable production (3) Virtual Production Development. Human considerations, structures, skills and gender equality are naturally integrated into the various sub-solutions. Prerequisites for the implementation of a step 2 have also been compiled. A well-functioning consortium has been formed.

The project partners included in Step 1 and the additional parties in Step 2 are well prepared to take the challenge and develop the sub-solutions for a future implementation. Preparations are being made for the continued work by launching a development lab at the Assar Industrial Innovation Arena, where the project partners are offered particularly good opportunities for innovative collaboration. Within the project, knowledge requirements have been identified, partial solutions have been described, and plans and logic for a continued collaborative project have been compiled.

In addition to continuous contacts, the consortium has had monthly project meetings in which collaboration and follow-up were linked to the work packages. This has resulted in a consortium with good conditions for continued work being formed. Information is shared with great trust and the project partners can therefore cooperate with sensitive information in a way that really promote good ideas. From the perspective of gender equality, the project has always been within a 40/60 gender share, and participation from EDCS has helped to highlight gender equality. 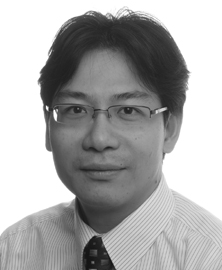 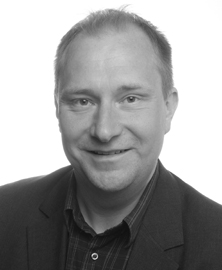 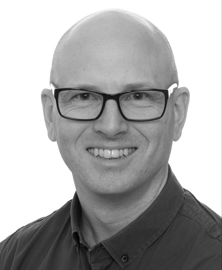