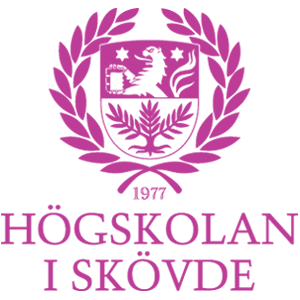 Revonsuo A (2000) The Reinterpretation of Dreams: An evolutionary hypothesis of the function of dreaming. Behavioral and Brain Sciences 23 (6): 877-901. (PDF)

Valli K & Revonsuo A (2009) The threat simulation theory in the light of recent empirical evidence—A Review. The American Journal of Psychology 122:17-38. (PDF)

I have recently directed two research projects (both were funded by the Academy of Finland): “Neurophilosophy of Consciousness” (2006-2010) and “Neuroscience of Brainreading” (2008-2011). In these projects, we studied the neural mechanisms (using EEG and PET) of altered states of consciousness (especially dreaming) and the borderline between consciousness and the unconscious state by manipulating consciousness with anesthetic agents. Furthermore, I am currently supervising several PhD projects that are due to be finished during the next couple of years: Two on the neural mechanisms of visual consciousness, using EEG and neuronavigated TMS (PhD students Niina Salminen-Vaparanta and Henry Railo), and three on sleep, dreaming, nightmares, and other altered states (PhD students Valdas Noreika, Pilleriin Sikka, and Nils Sandman).

I started my research career by studying the cognitive deficits of neuropsychological patients (e.g. Parkinson’s disease, Alzheimer’s disease, Multiple Sclerosis) in the early 1990's at the Department of Neurology, University of Turku, Finland. Then I moved on to the Department of Philosophy and there started my PhD project on consciousness, which was the topic is had been interested in for years. During my PhD project I initiated my three major lines of research that I have continued ever since: 1) Theory and philosophy of consciousness, 2) Neural mechanisms of consciousness, and 3) Altered states of consciousness.

My PhD project was finished in 1995, after which I continued as a post-doctoral fellow, and started to build my own research group, called the Consciousness Research Group, at the Center for Cognitive Neuroscience, University of Turku, Finland. In my post-doctoral research, I studied the content and function of dreaming, eventually leading to the publication of the Threat-Simulation Theory of dreaming in 2000 in the journal Behavioral and Brain Sciences, and also leading to the PhD project of Katja Valli on the empirical testing of this theory, published in 2008. We recently reviewed this research in our paper in the American Journal of Psychology, 2009.

I also supervised the PhD project of Sakari Kallio on hypnosis as an altered state of consciousness, published in 2003. Together with docent Mika Koivisto, we have studied the EEG correlates of visual consciousness and attention since 2003. This has led, in a series of published studies, to the discovery of the Visual Awareness Negativity (VAN), a novel ERP correlate of phenomenal visual consciousness. We recently summarized and reviewed this research in our paper in Neuroscience and Biobehavioral Reviews in 2010.

My theoretical and philosophical approach to consciousness is called “biological realism” and I take consciousness to be a higher level of biological organization in the brain. Consciousness presents itself to us in our subjective experiences as a phenomenal world-simulation that we take to be the “real” world in both dreaming and wakefulness. My philosophy and theory of consciousness is presented and defended in my major theoretical monograph Inner Presence: Consciousness as a Biological Phenomenon (MIT Press 2006; paperback 2009).

(1996) The Finnish Academy of Science, Award in recognition of a meritorious doctoral dissertation

(1996) The University of Turku, Award in recognition of a meritorious doctoral dissertation