In the Western world, injections of sterile water (SWI) are used as pain relief during childbirth (~ 5% in Sweden) and even less in countries where health systems are less developed, especially in rural areas. The idea of the project is to use digital support to increase awareness of the use of SWI, especially in areas with low access to pain relief methods during childbirth.

Sterile Water Injections (SWI) has been used as pain relief in relation to childbirth in the 1980s. The method has during the years been improved in various respects. The method, is simple, low-tech, inexpensive, rapid pain relief effect and without any negative side effects for mother and child.

While it is used in the western world (~ 5% in Sweden), it is not widespread in countries, especially in rural areas where the health care system is less developed. Women in general in these areas don’t have access to the range of pain relief methods available in western society.

There is a need for simple, low-tech, inexpensive pain relief methods during childbirth in countries with less developed obstetrics care. With the rise of digitalization, internet and mobile usage in all parts of the world, we believe this provides the necessary infrastructure for awareness and training for health care professionals. The idea is to promote the use of the SWI method in combination with digital media/dissemination in rural areas.

The method addresses the following goals in UN's 2030 Agenda for Sustainable Development:

Packaging of sterile water, syringe and needle ensuring that no contamination can occur, might address goal 12.5, ‘By 2030, substantially reduce waste generation through prevention, reduction, recycling and reuse’ in a negative manner. However, we think the positive effects on goals 3.7; 5.6; 12.4 widely exceeds the negative effects on goal 12.5. 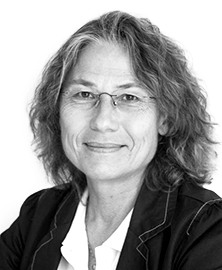