At the University of Skövde, we are very proud of the developer Iron Gates' enormous success with the game Valheim. Several of the people behind the global success have studied Game Development at the University of Skövde. So we say congratulations to Iron Gate Studio, whose Viking-inspired game has passed million after million of downloads on Steam. It has now sold over six million. 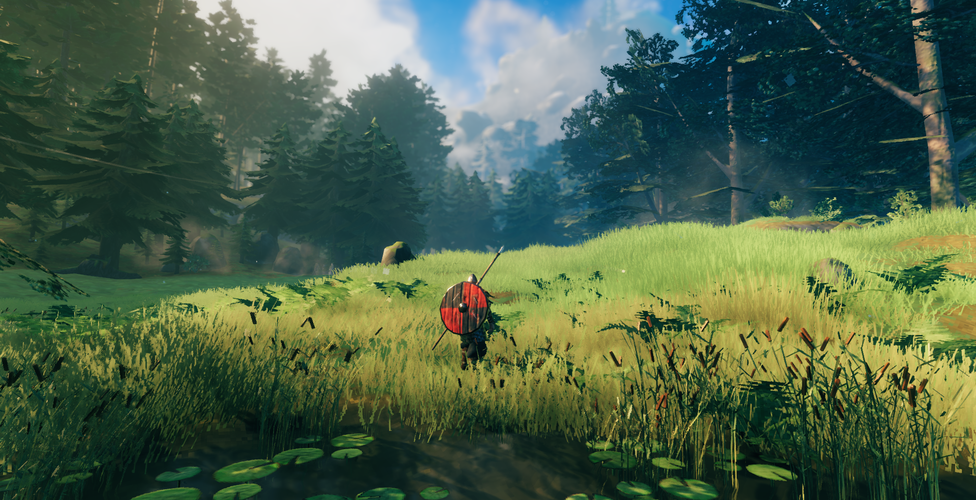 Henrik Törnqvist, one of the founders of Iron Gate Studio. How does it feel?

- We have probably not really taken it all in yet, it feels quite overwhelming right now. With so many players, it becomes quite stressful to make sure everyone is happy.

Tell us about the idea behind the game.

- Much of the inspiration behind Valheim comes from classic adventure games such as The Elder Scrolls and Zelda. We wanted to create a nice adventure that you can play with your friends.

Why do you think it has become so popular?

- I think a lot has to do with the Viking theme, it is always popular. I also think we have found a good niche in the survival genre because our game is co-op, not PvP, which feels like the genre’s most common way of playing. I would also like to say that we took the time we needed to develop the game, it is not hurried in any way.

Over six million downloads on Steam, even though Valheim is only released as early access. What do you think will happen when the game is released as "finished"?

- I think it is anyone’s guess... A release of the finished version of the game is quite far into the future.

Several of you are former students at the University of Skövde. What did you study?

Iron Gate is based in Skövde, how come you stayed in Skövde after your studies?

- Both Richard and I stayed in Skövde as we started different companies with friends we made at the University. Through the incubator we got off to a good start and that's the way it is. Sure, it has been a pretty bumpy road with both successes and setbacks, but somehow we have managed to hold on.

What do the words mean?