Maud came to the University for a pilot experiment 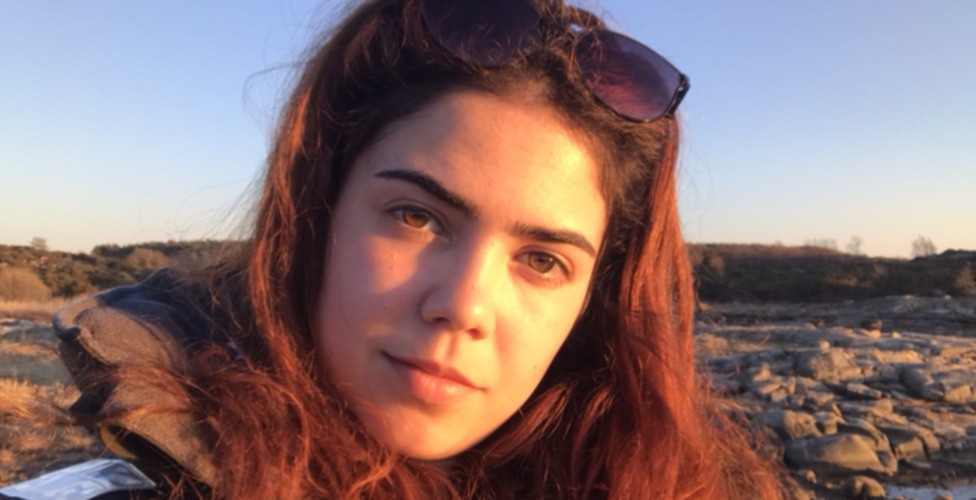 Last summer, Maud Contardo was in Sweden for the first time and she liked the country, both the nature and culture appealed to her. She was convinced she was going to come back. However, it happened sooner than she would have imagined.

– When I got the opportunity to go back through an Erasmus+ scholarship, I did not hesitate, Maud says.

At home in France, Maud is studying for a Master's degree in Neuroscience, but chose to place her internship at the University of Skövde. Together with Andreas Kalckert, Senior Lecturer in Cognitive Neuroscience, she has conducted a pilot experiment in Virtual Reality (VR).

– The participants in the experiment will get the illusion of having a new body. It is a well-known experiment, but the University of Skövde had not have had the opportunity to test its new VR equipment for this purpose. The purpose of the experiment was to study the feeling of owning a new body and understand the consciousness in it, Maud explains.

How did it all work out?

– We received students from the University as participants for the experiment. Thanks to them, we could complete this experiment experiment, and what is more, obtain very favorable results. Some of the participants experienced a strong illusion, thereby we were really satisfied to be able to validate all the preliminary work done to build up the material for this experiment. This actually opens up a lot of new perspectives for future research based on the full-body illusion.

This pilot experiment also gave Maud Contardo and Andreas Kalckert the opportunity to point out what should be improved or changed, to have an even better precision in the investigation of these cognitive processes.

Are you pleased with the results?

– The results we obtained were really interesting and in line with our assumptions, but also very intriguing, which is very encouraging to conduct more in-depth studies, and also with a greater number of participants.

What will you do now, after leaving Skövde?

After leaving Skövde in the end of the Spring Semester, I went for another trip through Sweden. I am now back in France. I will complete my last year of this Master’s Programme from September and hopefully continue travelling, maybe through my future internships. I don’t really have a plan yet. But I hope to be back in Sweden soon, as I really enjoyed my time there and at the University of Skövde.