This spring, Josefin Kristensen was awarded the University of Skövde’s Diversity Scholarship for her thesis “Sustainable Accessibility from a User Experience Perspective”. But that didn’t mean her work was done. Far from it. During the summer, she presented her developed thesis at one of the world’s biggest user experience conferences, Human Computer Interaction (HCI) International 2021. 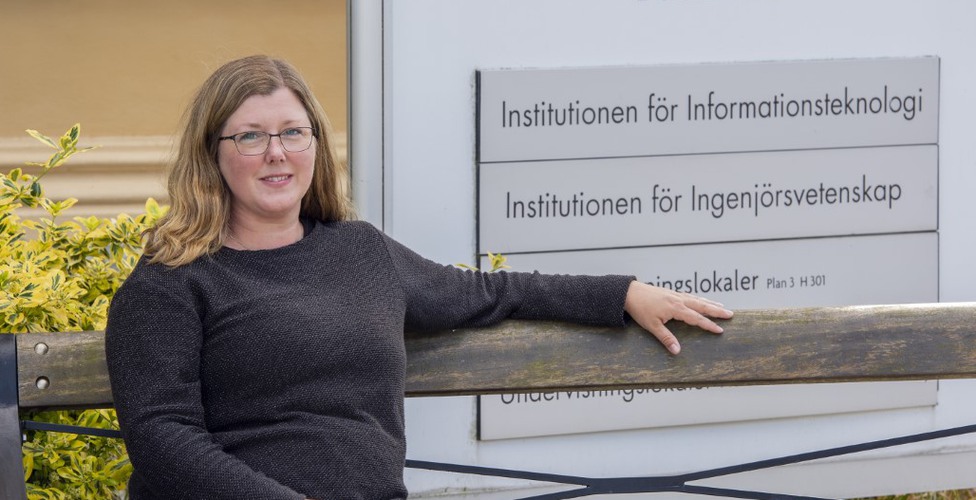 Josefin Kristensen studied User Experience Design at the University of Skövde. When the time came, in the spring semester of 2020, to choose a topic for her Bachelor’s thesis, she decided on young people with physical disabilities and how they use assistive technologies in their everyday lives, and how the technologies work for them.

“Then the pandemic broke out, pretty much the same week that I was going to do a whole lot of interviews and observations. I had to do the interviews remotely instead, and also using a questionnaire. I was not able to do as many observations as I had planned.”

Although her plans were turned upside down, Josefin still achieved a clear result. Young adults feel that they can make quite good use of technology when they have touch screens. Even if they aren’t designed specifically as assistive technology, they work well. However, they find it difficult to get access to assistance, for example at school.

This was the picture painted by both children and parents and an organisation working with people with mobility problems. The message was identical from across the board. Quite simply, children without access to technology suffer far-reaching consequences.

Conference one of Josefin’s objectives

Josefin was not only aiming for her thesis project to produce a result, she also wanted it highlighted at a UX conference. Her supervisor, Jessica Lindblom, helped her to identify a number of suitable conferences to present at. The one chosen was Human Computer Interaction International 2021 – one of the biggest UX conferences in the world, which this year had over 2,100 delegates from 81 countries.

Because the conference was being held digitally, many people had recorded their talks. But Josefin delivered her talk live. She spent 15 minutes talking about the work, and then there were 10-15 minutes allowed for questions.

“I didn’t get many questions, people mostly had comments. I think many people felt it was an important topic. The audience was a bit shocked about the number of young people who found their situation problematic.”

But it’s not very common for a Bachelor’s thesis to be presented in this way, is it?

“No, but it was thanks to Jessica. It was great to have such an experienced and skilful supervisor. She said “No problem, we’ll go for it.” I was worried that I was aiming too high as an undergraduate, but I was really keen to present this in a research context.”

How will you continue working with your thesis now?

“I haven’t quite decided yet. At the moment I’m working as a UX designer, but I haven’t ruled out doing research in the future. If I did that, I’d want to do further research on the same subject. People get older and acquire physical disabilities as they age. A lot is done digitally these days, banking for example, and it has to be done on a mobile phone. If you can’t do that, there’s no help available. It’s a serious problem for society that these people are excluded, when Sweden is so good at technology. As a UX designer, you’re able to think about making more products more accessible for all users. That’s the essence of being a UX designer.”