Shanghai student back in Skövde for the third time

When students go overseas to study they usually do it for a semester or for a year. But that is not the case for Kaiyuan Yang from Shanghai. She is back at the University of Skövde for the third time and is now studying the master´s programme Game Development. – I found a sense of belonging here. My goal is to find a satisfactory job in Europe and start my new life here, says Kaiyuan Yang. 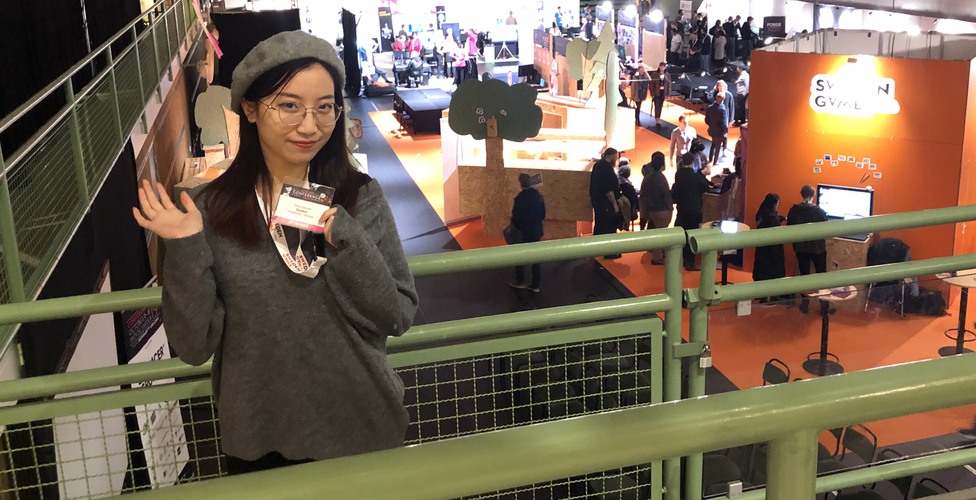 The first time Kaiyuan Yang came to Skövde was in the summer of 2019. She participated in a summer course for game development that the University of Skövde had in collaboration with two Chinese universities. Just a couple of months later she was back in Sweden again.

– I am not a hardcore gamer, but I like to observe the art and graphics design while playing games. When I encounter my favorite visually designed games I am thrilled.

In September 2020 Kaiyuan Yang came back for a third time. She is now studying Game Development - master´s programme

– What attracts me is no longer my curiosity about the Nordic mystery, but my pursuit of studies. After carefully reading the syllabus of the two-year game master, I decided to return to Skövde again. My studies will end in June next year and before then I am also going to study six months at The Hague University.

So many dairy products

What is your overall experiences of studying and living in Skövde? Shanghai is one of the largest cities in the world with a population about two and a half times larger than the entire population of Sweden. There must be a huge contrast coming to Skövde, a city with 60 000 inhabitants and with walking distance from campus to the city centre and the train station.

– As an international student I will say that cultural integration is the most difficult. I often fear that my behaviors and sayings will offend the people here. But our teachers talked about Swedish culture and even took us to the supermarket to learn about special Swedish food. I remember when I first came to Sweden, I stood in front of the milk fridge in the supermarket wondering: “Why are there so many milk varieties?” After grabbing a milk package, but after drinking it, I had a painful stomach ache. Then my Swedish friend and I went to the supermarket and she explained the difference between various milks to me. That day I learned the first Swedish word "Lactose Free".

Kaiyuan Yang also talks about differences between the universities. Both the way of teaching and how much the students interact during the lectures.

– In my Shanghai university teachers work hard to pass on all their knowledge to the students. In Sweden discussions are more common than traditional lectures and students are encouraged by the teachers to discuss if they have different opinions. The teachers here are really amazing.

Of course Kaiyuan Yang miss her family and friends when being away from Shanghai.

– There is a saying that is often mentioned among international students. When you come to a foreign country or city, there will be three stages: the first stage is curiosity and freshness, the second stage is loneliness, and the third stage is flat. I have slowly transitioned to the third stage. Although there is no new curiosity and excitement like the first time here, I have slowly found a sense of belonging here.

What did your family and friends say when you decided to go back to Sweden for a third time, and now for two years?

– The first and second time they were very supportive, but this time we had some argument about it. Due to the pandemic my parents were worried about my health. However, after weighing various pros and cons, I decided to go. I do not regret my choice, instead, I am very grateful to my parents for their understanding.

What kind of work are you aiming for after your studies?

– I hope that I can stay in Europe and get a game-related job.