As a Bachelor’s Degree Project in Production and Electrical Engineering at the University of Skövde, Lama Awawda an exchange student from Spain, designed an electric motor. The results were impressive. International companies have shown interest in employing her and she is now moving to Sweden to work as a design engineer. – It is like a dream coming true, says Lama Awawda. 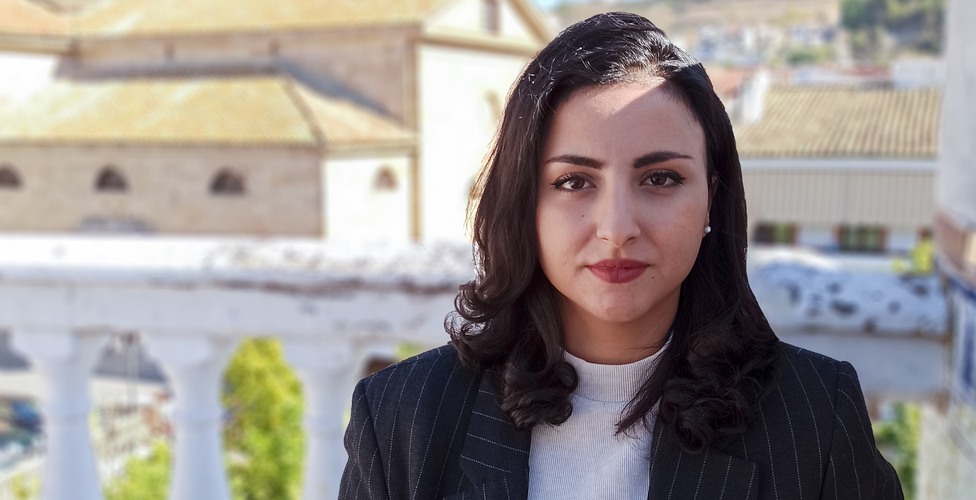 Lama Awawda grew up in Palestine and began her studies in electronic engineering at the Al-Quds University, but wished to study in Europe. She applied for a scholarship and ended up moving to Jaén in Spain and continued her studies at the University in Jaén. After a couple of years she began looking into the possibility to do her final year of university studies in Sweden. She received an Erasmus scholarship and came to Sweden and the city of Skövde in August 2020.

– I have been studying at three various universities and the University of Skövde is the distinctive. The introduction for international students was great as one got all information needed before the semester started. As I wanted to study production- and electrical engineering in close relation to companies in the surrounding area such as Volvo, this University was the obvious choice for me.

Lama Awawda explains that she is specifically interested in electrical motors and renewable energy. It was the obvious area to focus on and do research about in her engineering project.

– When I spoke to my supervisor I was told the electrical motor was the best start for me. However he thought that it would not be time to do all I wanted in the project such as both design and build a prototype, as it would be more extensive than Bachelor’s degree project.

On the second semester at the University of Skövde Lama Awawda began working on the project which deals with the design, analysis, assembly and tests of the motor.

But of course the work started with collecting information and doing a lot of research about electrical motors before she began working with the actual design.

– Once I had the final design I built a prototype at ASSAR Industrial innovation Arena in Skövde, which works closely with both the University and industries such as Volvo. I will never forget the professional experience I met at ASSAR and the help I got with the prototype as finding the right material. I am also very grateful to the University Library for all help I got and of course for the support and encouragement I got from my supervisor and my class.

When the motor prototype was built, she did various tests to verify its performance. And the results were amazing.

– Yes, the results are really good as the efficiency is calculated to 98,88 percent.

Lama Awawdas Bachelor´s project was qualified with the highest grade and her prototype will now be used at the University of Skövde when educating engineering students.

Lama Awawda is back in Spain and she has started an Open YouTube channel and Instagram account to give engineering courses online, but in a couple of months’ time she will begin working as a design engineer, in Sweden. She is surprised that information about her project has reached various international companies and led to job offers.

– I was contacted by Tesla and had two interviews with them where they asked about my project and if I wanted to work with electrical motors in Norway, but they could not help with working permit.

– I was offered a job as a design engineer and it is like a dream coming true, thanks to the University of Skövde and ASSAR. I love Sweden and my husband and I will move to Gothenburg in January.

Read about our Engineering programmes