There are more than 7,000 different species of marine invertebrates worldwide, of which around 250 are found in Norway. But there are large gaps in our knowledge of these, not to mention the occurrence of invasive species. Sonja Leidenberger, Senior Lecturer in Bioscience at the University of Skövde, is working with researchers from Norway and Germany to study marine invertebrate species found along the Norwegian coastline. The research project has been awarded NOK 3.3 million from the Norwegian Biodiversity Information Centre, as well as a further NOK 600,000 from the Natural History Museum in Oslo. 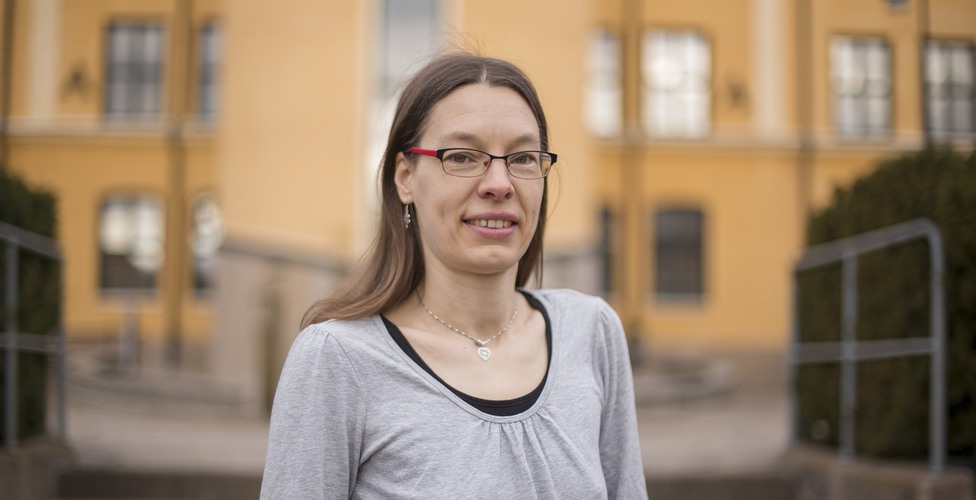 The original idea was to conduct research into different species of the jaxea nocturna shrimp, including their occurrence as invasive species. Sonja Leidenberger applied for funding together with a Norwegian colleague, but the Norwegian Biodiversity Information Centre identified the need for a broader study of small marine animals, in addition to the jaxea nocturna shrimp species. The current research project will conduct a larger and significantly more comprehensive mapping of invertebrate species that are found in the marine algal belt in the shallow tidal waters along the coast of Norway. Over a period of three years, the research team will conduct an inventory, and examine and map invertebrate species in the waters between Skagerrak and Northern Norway.

– There are many different species, but relatively little is known about them. The project will also represent a kind of environmental monitoring, as we will be able to collect species and possibly find new ones. We will find out about the current state of biodiversity – or how much biodiversity has been lost, explains Sonja Leidenberger, who is leading the project.

The project involves both examining the existing and previously collected material, and comprehensive field studies extending from the Oslo fjord up to the cold, Arctic waters of Rognsund in Northern Norway.

– We will begin by studying the collections of these animal species that currently exist in museums. Some of these collections are up to 200 years old, and we know that there have been many cases of the incorrect division and classification of these species. Even the knowledge of the distribution of these species is poor. But we can see where the samples have previously been found, and we can search those areas again.

Field studies along the coast

In late summer, the research team will embark on the first of three expeditions along the Norwegian coastline. The first field inventory will be conducted with the field station in Trondheim as a base.

– As a biologist, I’m always happy when it’s time to perform field inventories. We will be snorkelling in the algal field and collecting species. We will also establish a picture of how the environment looks, and all the material and photographs will then be processed, mapped and classified according to species. We will be collecting samples over a total period of three years.

The purpose of mapping the marine invertebrate species that are found is to be able to produce a correct and updated list of species. There is a great diversity of fauna, with species such as jaxea nocturna shrimp, tunicates, entoprocts, nermeteans, tubeworms and polydora cornuta, but there are major gaps in our knowledge about these animals.

– We expect to be able to produce a comprehensive list of species, to discover new species, and also to produce good pictorial material that will facilitate future work. We will then be able to produce digital identification keys for each species we find, which can then be used by both researchers and the general public. This will also enable the updating and revision of museums’ collections.

The researchers also expect to find various invasive species, which will lead to more knowledge about their distribution in the waters away from the Norwegian coastline.

– We already know that there is an invasive species of the jaxea nocturna shrimp. It is spreading rapidly along the west coast of Sweden, and it thrives in, for example, mussel farms and other artificial habitats, so we will see if we can also find it along the Norwegian coast. We expect this project to generate a great deal of new knowledge about both habitats and the species in these areas.