How worried should we be about the new coronavirus variants?

New virus variants of Covid-19 are reported daily in the media. But how dangerous are the new virus mutations and how afraid should we be of them? Kristian Vlahovicek, visiting Professor of Bioinformatics at the University of Skövde, follows the development closely and explains the situation. 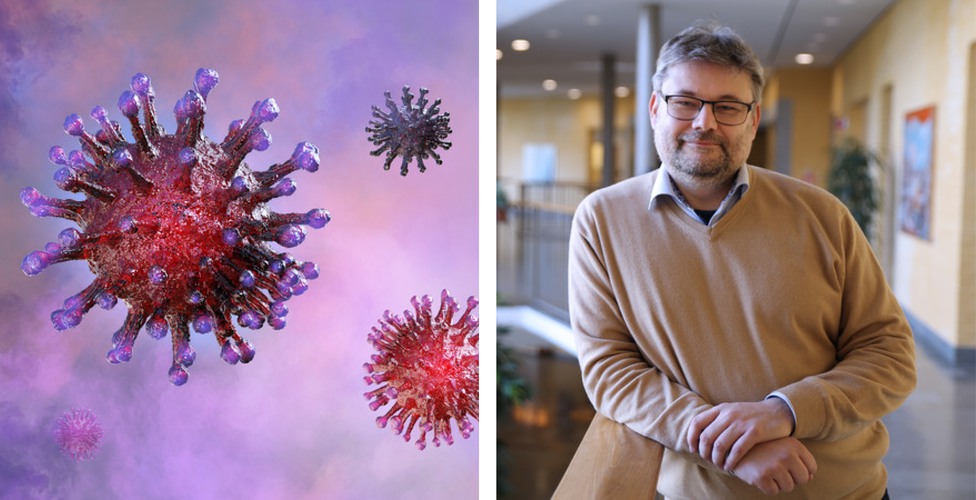 – All living organisms mutate. It is in our nature, whether it is humans, animals or viruses. When a virus mutates, as Covid-19 does now, we see it quickly in real time. Partly because we monitor this virus so closely through sampling and analysis, but also because viruses have short generations if we compare with us humans, so it develops much faster, says Kristian Vlahovicek.

More contagious but not more dangerous

How dangerous are these mutations and how afraid should we be of them?

– The various mutations that are emerging now, partly in the UK but also in South Africa and Brazil, are more contagious. However, they are not more dangerous and do not cause more severe symptoms. So from that perspective, we should not be more worried than we already are. But as the new virus variants spread 50-70 percent faster, more people will statistically become infected, get serious symptoms and need medical care. So in this way, the virus mutations are a concern for an already pressured healthcare, says Kristian Vlahovicek.

Kristian Vlahovicek and his colleagues also follow the research on the vaccines that have been developed and have now begun to be distributed and given in Sweden as well. How well does the vaccine actually stand up against these new mutations?

– The vaccines that have been developed seem to provide good protection against Covid-19. What happens when a virus mutates is that the virus gets better at flying under the radar, so to speak, and ducking our antibodies, which can reduce the effect of the vaccine. But the vaccine is still a good basic protection and can relieve symptoms. What we are seeing right now with the South African mutation is that it is spreading faster than the British one and it is also better at flying under the radar, says Kristian Vlahovicek.

According to Kristian, however, it is not as worrying as it sounds, as vaccine manufacturers can quickly fine-tune the existing vaccine once they have established what the change consists of. And to find that out, research data is crucial.

– To detect changes in a virus and monitor virus mutations, we researchers use whole genome sequencing and RNA sequencing. We read genetic information from a virus and then do data analyzes on which sequences have changed. Therefore, it is extra important that everyone who has symptoms get tested, not only to protect risk groups and stop the virus from spreading further, but also in order to provide researchers with important data and create effective vaccines, says Kristian Vlahovicek.

So what does the future say regarding social distancing, vaccines and virus mutations if a professor of bioinformatics is allowed to speculate?

– This virus has so far claimed over two million lives worldwide. The fact that we now have a vaccine is crucial to saving lives. The vaccine is a result of researchers around the globe coming together with joined forces and lots of funds and support. So with a vaccine as our first defense against Covid-19 and with the technology we have to detect new virus variants, such as whole genome sequencing, 2021 looks much brighter than 2020, says Kristian Vlahovicek.