Neuroblastoma is cancer that primarily affects infants and young children. Low-risk variants have a high survival rate, but the high-risk variant has a mortality above 50 percent. Simon Keane, a PhD student of Biomedicine at the University of Skövde and the University of Gothenburg, has identified a key tumour suppressor gene that will help prevent the formation and spread of high-risk neuroblastoma. 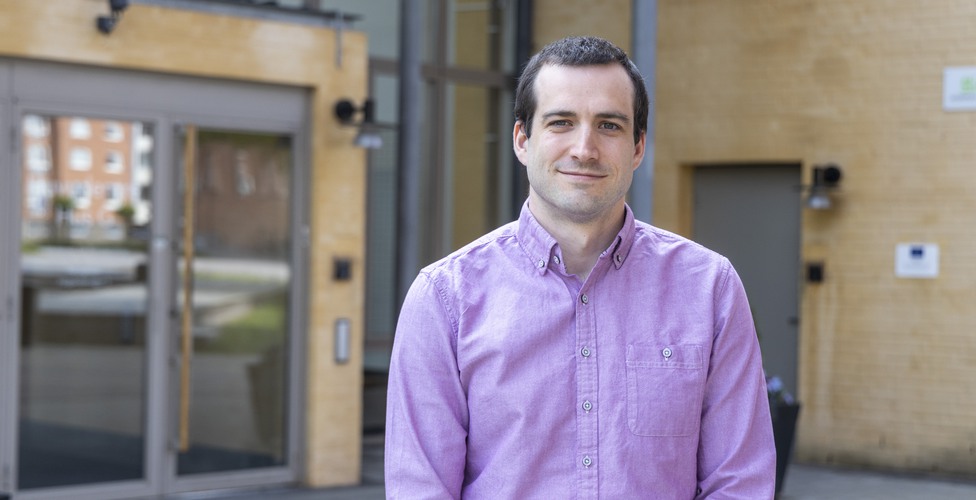 Despite decades of progress in cancer treatment, there has been little progress in treatments for high-risk neuroblastomas. Neuroblastoma is cancer that primarily affects infants and young children. Low-risk variants of neuroblastoma tumours are typically highly treatable and those with the condition have survival rates above 90 percent. However, those with the higher risk variant have a survival rate well below 50 percent.

Cancers are, of course, awful, and the difficulty of living with cancer extends beyond the patient affected to family, friends and loved ones. The fact that high-risk neuroblastomas affect young children with such a high rate of mortality makes them especially insidious, and well worthy of extensive research.

Until now, little progress has been made in identifying this missing gene.

Simon Keane, PhD Student in Biomedicine at the University of Skövde and the University of Gothenburg, has identified a likely tumour suppressor gene candidate, DLG2, in his recent thesis “Molecular and genetic studies of DLG2 in neuroblastoma and colorectal cancer.”

“DLG2 (or very similar versions) can be found in many other living entities, including insects, animals and, of course, humans. The evolutionary similarity of this gene through multiple different multicellular organisms indicates that the gene is highly important, and research maps the gene to the deleted chromosome,“ says Simon Keane.

Made possible through bioinformatics

The work to unravel the function of DLG2 was made possible with high powered computational analysis: bioinformatics. This allowed the research group to take the large volumes of existing open-access patient sequencing data to identify otherwise hidden functions and importantly provide targets that we could subsequently test and evaluate in the laboratory using cancer cells and model organisms to test dynamic effects not captured in the large volume datasets.

A key function of DLG2 that was identified by the study, was that the gene prevents the accumulation of DNA damage in the genome. High levels of DNA damage can often result in the formation of cancers or rapidly increases how aggressive the tumours are increasing the mutational burden.

An absence of DLG2 was also discovered in older adult patients suffering from colorectal cancer, and again poor survival rates corresponded with low levels of DLG2. By comparing these different types of cancers, we may gain insights into the origins of neuroblastoma – a topic that is not currently well understood.

However, the main breakthrough of Simon Keane’s research is of the DLG2 gene as a promising tumour suppressor – and the absence of which may explain the poor response to current therapies.

“If effectively targeted in new treatments, the DLG2 gene could fill a niche for non-responsive high-risk neuroblastoma patients. Ultimately, the long-term goal of this research is to be able to use the newly characterised tumour suppressor gene as a target to identify new personalised treatment options for specific subgroups of cancer patients. Identification of the patient subgroups could be identified using the existing large-scale genomic tests already in clinical usage,” concludes Simon Keane.

Simon Keane will defend his thesis, “Molecular and genetic studies of DLG2 in neuroblastoma and colorectal cancer” at the University of Gothenburg Friday 10th June.