Robots find the meaning of life in Cobots

With the goal of becoming part of the startup program at Science Park Skövde, Adam Wallberg and Sanna Wallberg Ylvén moved to Skövde and started studying game development at the University of Skövde. A few years later, they are releasing their first game, Cobots, on Steam. "It's been a rollercoaster ride," says Adam Wallberg, CEO of Subfrost Interactive. 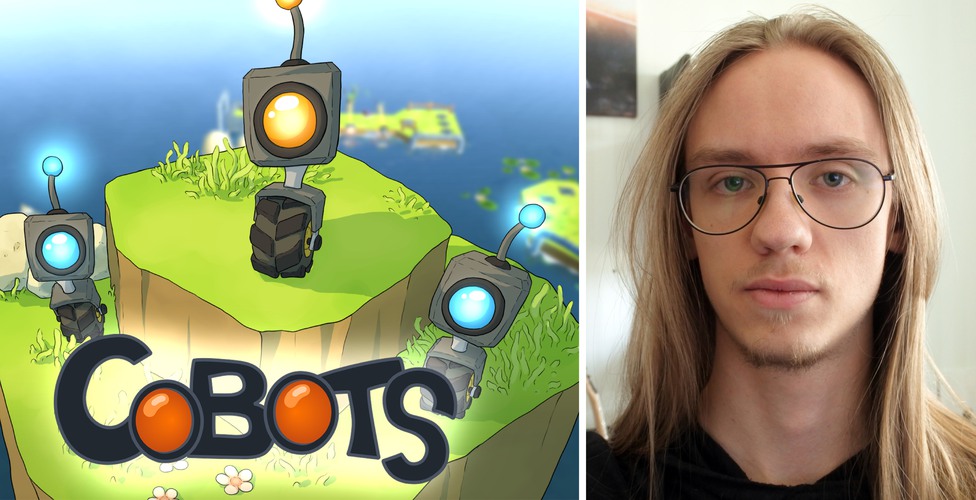 Adam Wallberg was born and raised in Torsåker, about 200 kilometers north of Stockholm, and has always had an interest in games. He wanted to develop his interest further and actually start working with game development, which is why he studied game development in Falun, where he met Sanna.

"We started dating and have been making games ever since. We had an internship in Stockholm together and decided there and then that we wanted to start our own company. We wanted to do our own thing and not work on someone else's game," says Adam.

Both Adam and Sanna knew Skövde as a city focused on game development and with a growing game developer community.

"A friend had previously worked at Stunlock Studios in Skövde. We knew that the startup program was based in Skövde and our ultimate goal was to be a part of that.”

Before becoming part of the Science Park Skövde startup program, Adam and Sanna started studying game development at the University of Skövde. During that time, they met Felix and Cecilia, who joined their team at Subfrost Interactive.

"We started working on our game, Cobots during our studies at the University and exhibited it at Sweden Game Conference 2019. A few months later, we joined the startup program and chose to give the game another chance after putting it on hold for a while.”

Robots find the meaning of life

PC game Cobots was released on Steam in the beginning of April. The developers hope that the game will be released on console in the future, on Nintendo Switch, for example.

Cobots is a puzzle game where you control time, working with yourself to solve short courses. Together with your robot, you go to the next round and go back in time, which adds more robots and puzzles.

"We wanted to create more content than just the gameplay itself and build a theme around the robots. So we ended up with the story about how the robots find the meaning of life. We thought it was fun to mix programming aesthetics with philosophy" says Adam.

Being part of the startup program has been a rollercoaster ride, Adam says.

"It was exciting and a bit of a shock that you actually get help with hardware and office space. One fear I had was that the program would either be too involved in our product or be too relaxed, but it’s actually a good balance regarding the requirements and help that we get. I get to try new things, such as pitching and meeting people in the gaming industry through digital events, such as Sweden Game Pitch.”