The former Skövde students at PocApp Studios is proud to reveal that their new title, AlchiMerge, is currently soft launched in selected countries. The studio’s previous titles, Castle Cats and Dungeon Dogs, have multiple millions of downloads on iOS and Android. 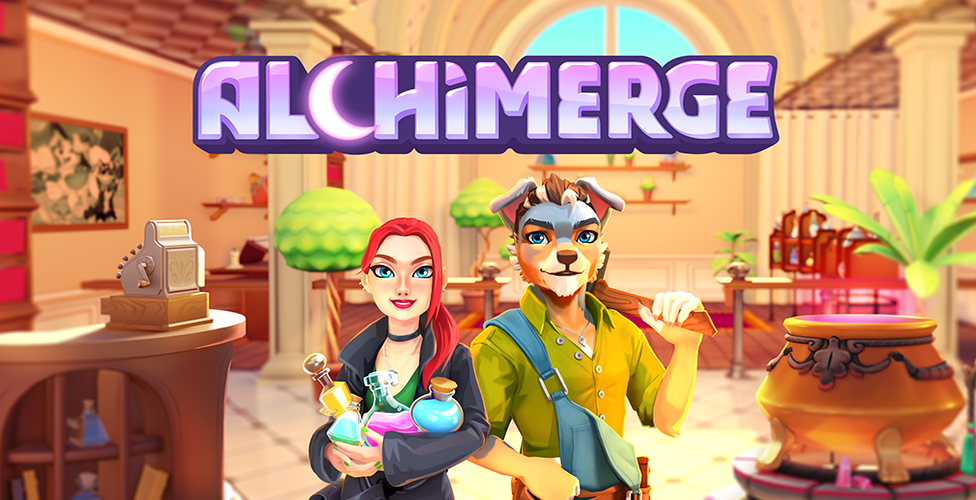 PocApp Studios has been a part of Sweden Game Arena since the founders studied game development at the University of Skövde. After their studies, they started PocApp Studios during their time at Science Park Skövde’s startup program within games.

Since then, they have developed multiple mobile games, for example the succesful game Castle Cats with over five million downloads all over the world. In 2020, they expanded their universe in the form of dogs when they released Dungeon Dogs.

The studio is now soft launching their latest title, AlchiMerge, in Indonesia, the Philippines, Taiwan, Turkey, and Vietnam. This list is continuously being updated as they add more countries during their soft launch.

Use the Ingredients you've gathered to craft and sell magical items to customers visiting your shop. Decorate your shop to perfection with your hard-earned gold which in turn will maximize your customer satisfaction and profits!

AlchiMerge is free to play and will be available for mobile devices on Android and iOS later this year.

Founded by students at the University of Skövde

PocApp Studios is a game development studio, based in Skövde, Sweden, who focus on their passion for all things animals, gaming and powered by the Swedish tradition of Fika!

Developing a mobile-first ethos, PocApp Studios are well known for creating games with a distinct visual style, compelling pun filled narratives and loveable characters that are adored by their army of fans.

The award-winning studio, formed by a group of students in 2014 and headed up by CEO, Dilaram Massimova, describes itself as a group of friends who like to make videogames for the world to enjoy in a fun, relaxed environment. In 2018, PocApp Studios announced a merchandising arm to provide their fanbase with character inspired goodies that fulfill their fans’ passion for their games.

PocApp Studios awards include Skövde Academic Game Award one of Sweden’s most prestigious awards for young game developers in 2014, as well as the Applovin Indie Dev Prize in 2018 that validate the studios’ professionalism and aspirations.