Robots are becoming increasingly important in our daily lives. Robots are commonly used, for example, to cut our lawns and to clean the floors in our homes. Maurice Lamb is a Senior Lecturer in Information Technology, and is the coordinator for the brand new Human-Robot Interaction study programme at the University of Skövde. He has moved to Skövde all the way from the USA – purely to teach Swedes more about how we can use robots in industry and in everyday life. 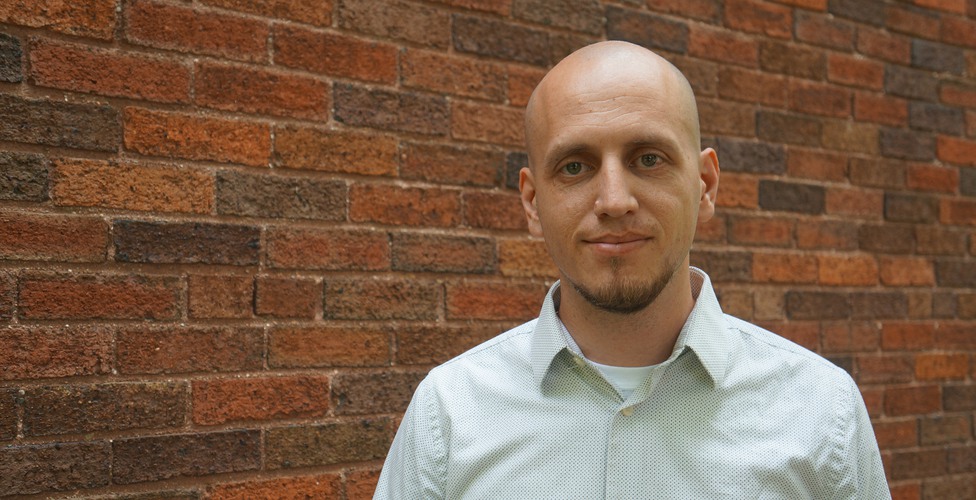 The fact that we have been using robots more and more in our daily lives in recent years is well acknowledged. Robot lawnmowers have become an increasingly common sight in people’s gardens, and more and more people are choosing to allow robot vacuum cleaners to clean their homes. In industry, too, robots are increasingly being used to perform difficult, dangerous or monotonous tasks, in order to make business more efficient and to make life easier for employees. There is, however, a major shortage of people with knowledge and expertise on how robots and humans can and should interact with each other.

From Ohio to Skövde

Maurice Lamb is a Senior Lecturer in Information Technology at the University of Skövde. He grew up in the USA and, until recently, worked in Cincinnati, Ohio. When the University of Skövde launched the new Human-Robot Interaction study programme, Maurice was invited to become the Programme Coordinator. He accepted, and made the move across the Atlantic.

– It was a big decision to move to another country, but I’ve been impressed by the quality of the research conducted in Skövde. There is significantly more research being conducted here than in institutions of comparable size in the USA, he says.

Maurice’s interest in robots began at an early age, thanks to science fiction. He also developed an interest in philosophy and the big question of what it actually means to think. An interest in robotics became the next natural step. According to Maurice, robots are creeping into our everyday lives without us necessarily thinking about the fact that they are actually robots. Self-driving cars, smart homes and drones are just a few examples, and these cases often require some element of human input in the form of a command, together with artificial intelligence (AI). It is not, however, within these areas that Maurice thinks that the biggest development will take place – the greatest advance will involve improving accessibility for people with disabilities.

We can already see this today in the exoskeletons that are developed to increase the mobility of people with mobility problems, and in robotic arms that are mounted on wheelchairs to extend the user’s reach. Robots can also be used to make life easier for people whose work is either monotonous or involves a risk of injury.

– It is a good thing that robots are being used more in our lives, but it is now important that we have people who are knowledgeable about the ways in which humans and robots can interact with each other. Companies that develop robots and systems that are to interact with humans are finding it difficult to recruit people with the right skills.

Will shape the future

Even so, robot technology – both hardware and software – is becoming increasingly simple to develop and to use. According to Maurice, people with the right skills will have a unique position in the development of this new technology.

– They will be of central importance when it comes to the development of things that shape our way of living.

The things that will happen in this field in the future will presumably be determined by those who now choose to gain an education in this subject.

– By offering a Master’s programme in Human-Robot Interaction, we are taking an important step towards being able to meet the future demand for skills within industrial and social development. We at the University of Skövde are proud to be able to offer such study programmes that will allow our students to contribute at an early stage to shaping the future of human-robot interaction, says Paul Hemeren, Head of the School of Informatics. 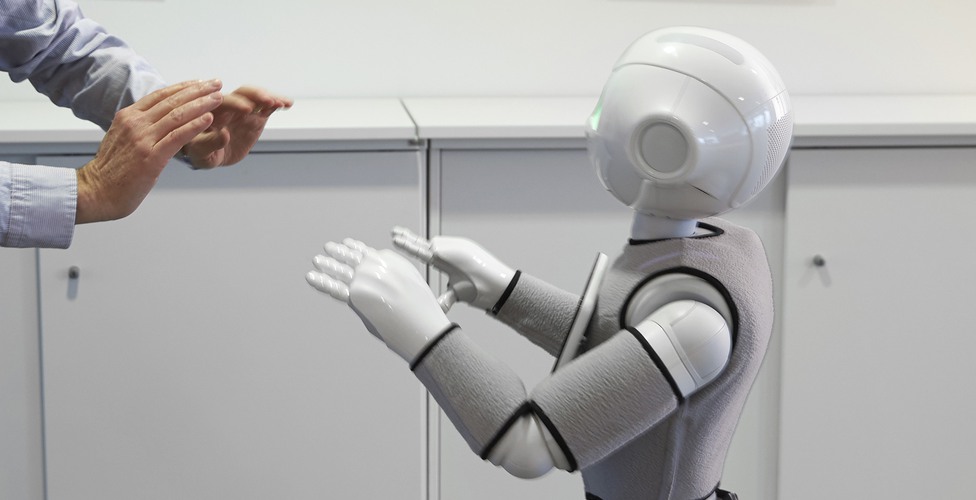