Minister of Higher Education and Research visited the University of Skövde

The Minister, Matilda Ernkrans’s visit began with a dialogue between the Minister and the University’s Vice-Chancellor Lars Niklasson. In the dialogue, the Minister and the Vice-Chancellor talked about education in Sweden, profiling and collaborations between higher education’s institutions and the upcoming research proposal from the government. The Minister’s visit then continued to the Health Technology Center at the University. She met students who were wearing old-age costumes. The costume is used to simulate functional impairments that can occur when a person suffers a stroke.

The Minister also met the University’s teachers, students and researchers in the field of computer games and received a presentation of various games created by students. Matilda Ernkrans was informed about the research how computer games can be a tool to reach home-sitting students and get them back to school or work. 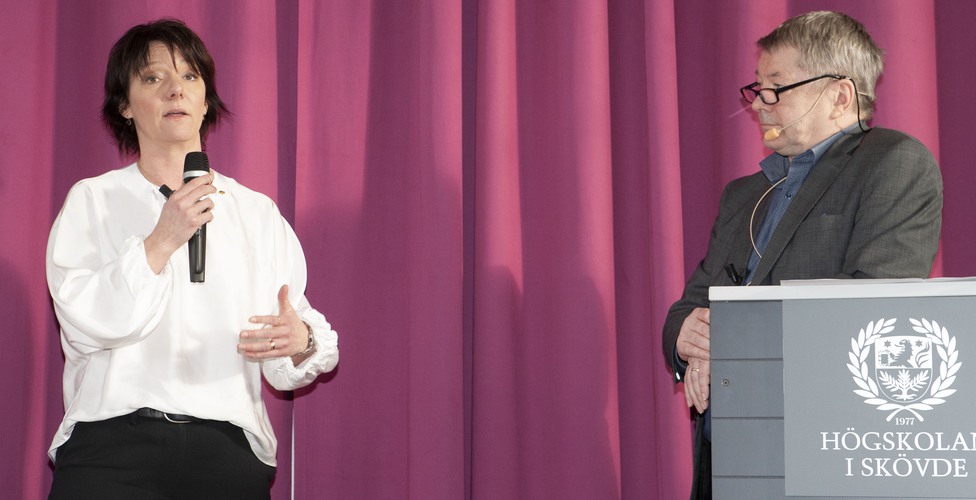 The Minister, Matilda Ernkrans’s visit began with a dialogue between the Minister and the University’s Vice-Chancellor Lars Niklasson.