Bertil Thorvaldsson has devoted his life to the robotics industry. He has worked in Sweden, Germany and the USA, and created the RobotStudio software product. After many years at ABB, he has now returned to academia as Acting Head of Division and Senior Advisor at the University of Skövde. Bertil recently received the prestigious Engelberger Robotics Award. 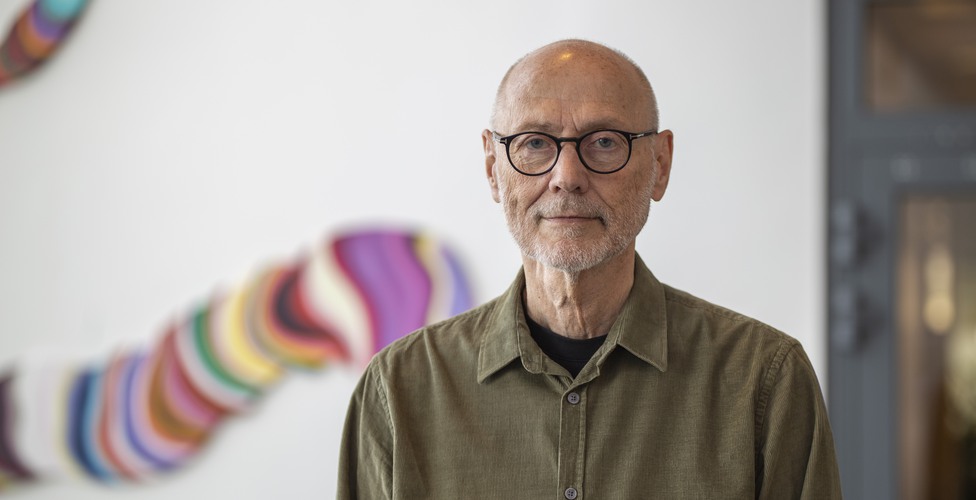 Bertil Thorvaldsson has received the Engelberger Robotics Award for his achievements in the robotics industry, and not least for his leadership. The award is presented to two people each year, with Bertil receiving the accolade at the Automatica trade fair in Munich in June.

“The award means a great deal to me,” he says. “It’s recognition that something has come out of what I’ve done. And it’s an honour to be mentioned in the same context as previous winners. It’s really cool!”

After completing a master’s degree in engineering at Chalmers University of Technology, Bertil began working at ASEA’s robotics division (now part of ABB).

“A small group of 20 of us developed the world’s first all-electric microprocessor-controlled robot, and yes – it wasn’t all that different to today’s robots.”

Many years of working abroad

After spending a few years as a software developer, he joined the Sandvik Group. Bertil worked with the company’s new systems integration operations in Germany, subsequently project managing a large manufacturing system for Sperry Vickers. By 1985, he was back at ABB working as an R&D manager in the US, and the whole family moved across the Atlantic.

“I had the opportunity to start a whole new software development department, carrying out ground-breaking work within areas such as robotic communication, AI and digital twins.”

After 12 years in the US, it was time to return to Sweden and take on new challenges at ABB in Västerås. Bertil started a marketing department for software products at ABB Robotics. He has had many different roles within the group, but is best known within the robotics industry for developing RobotStudio. RobotStudio is a software product that makes it possible to use a digital copy of an automation project. This represents a big time saving between start of production and full production. The product is used by thousands of robot users around the world, and Bertil has also been a driving force in several other technologies within robotic systems development.

Now that he has retired, Bertil still works for ABB as a consultant and spends two days a week working at the University of Skövde. For the past year, he has served as Acting Head of Division at the School of Engineering Science and a Senior Advisor. Bertil is passionate about industrial robotics, and about the breadth of the engineering profession and the opportunities it offers.

“We need to tell prospective students more about the profession. We need to show them how cool it is being an engineer, and all the cool technologies it involves and puts into use. It’s not an ‘old man’ job. It’s about advanced computer technology, and it’s not something that happens in an oily factory. It’s a creative job that produces clear results. And it’s a job that’s ideal for creative people in general, with work available all over the world.”

The Engelberger Robotics Award is named after Joseph F. Engelberger, the founding force behind industrial robotics. Since its inception in 1977, the award has been presented to 134 robotics leaders from 17 different nations for excellence in technology development, application, education and leadership.